We will be working intensively for five days on conducting skills. Each day there are classes in conducting technique, rehearsing, warming-up and vocal styles. Apart from that, there will be short workshops each day focussing on a range of subjects. 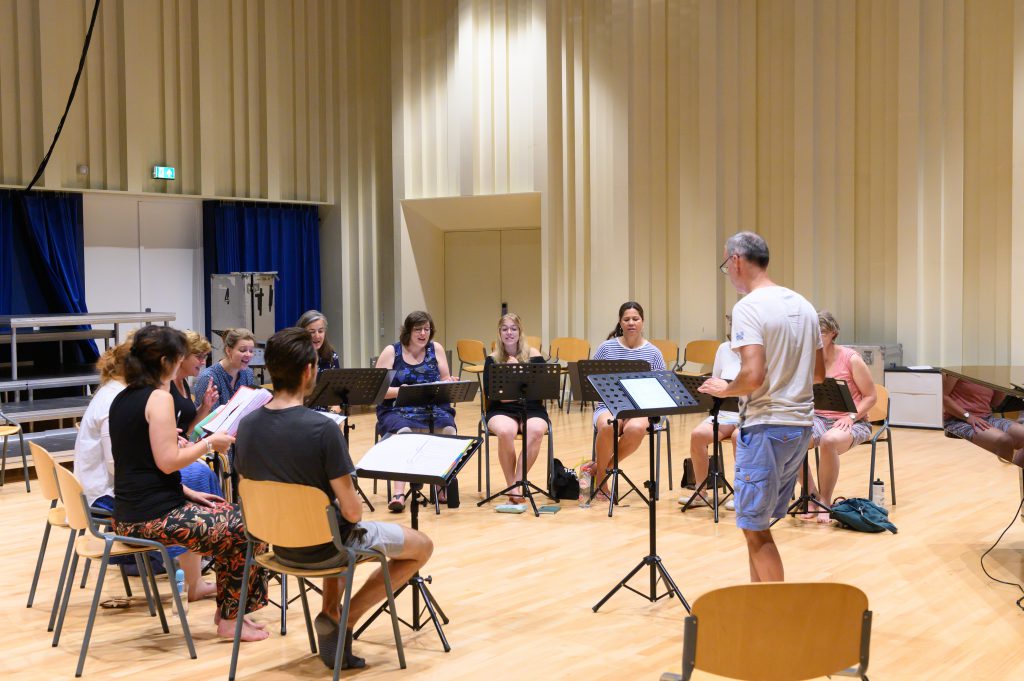 The Practicum is an essential part of the course, which forms a strand throughout the week. Every day, for around three times, the group will come together as a choir, with a participant acting as conductor for a period of ten minutes. For the Practicum the participants will be divided into two groups: group A is aimed at conductors who have relatively little experience in conducting pop and jazz, while group B is aimed at those with more experience. These two smaller groups mean that we will be able to focus more on the specific needs of the participants, as well as provide more individualized teaching.

Each day begins with Warming-Up, with a variety of different exercises, led by one of the teachers. This will include a detailed explanation of each of them, as well as how you might use these exercises with your own choirs. Later in the morning there will be a hands-on class Beating Technique which focuses on the physical skills of conducting. In the afternoon there will be a choice of either a class looking in detail at the scores of well-known and highly successful arrangers or a class Warming-Up Practicum, in which the participants will be doing sing-in exercises with the group themselves.

The evenings are spent working on and singing more complex arrangements in the so-called Big Choir, in which all of the course participants will take part. At the beginning of the week, the work and rehearsals will be led by the teachers. From Wednesday on, the participants of group B will have the opportunity to conduct the Big Choir. 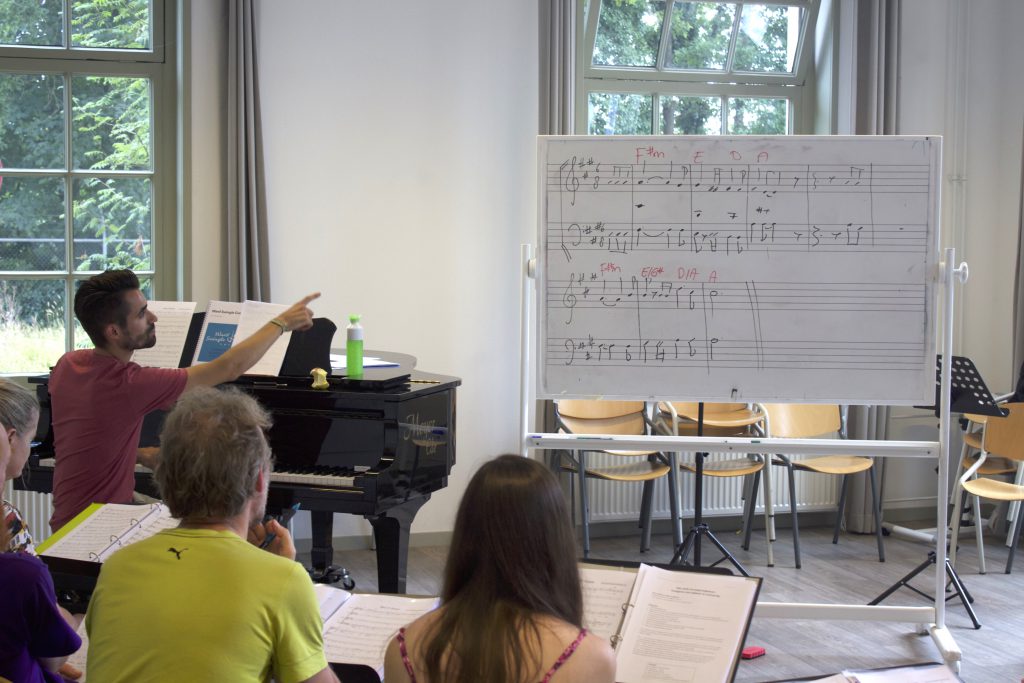 Each day there will be two half hour classes on your Choice of Subjects. The classes change each year. In 2019 there were, among others, the following classes: 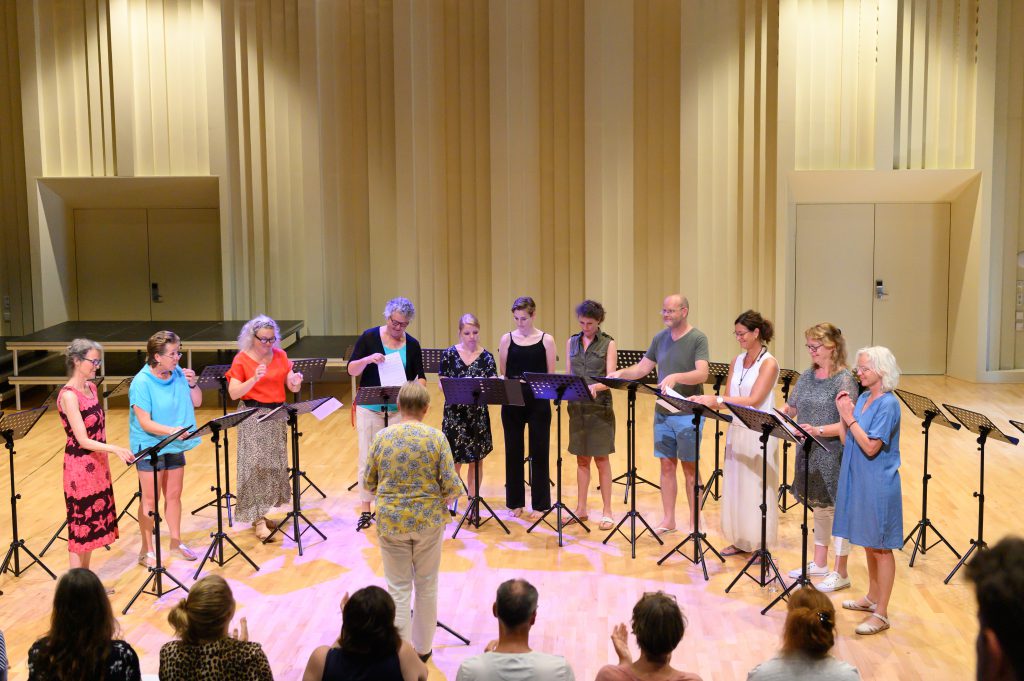 The course will finish with the Final Concert on Friday 31 July at 4 p.m., in which we will showcase the pieces we have been working on. The concert will be conducted by a selection of the participants. This finale enables participants to put into practice everything that they have learned during the week. The concert will take place in the concert hall of the venue.

Schedule of the Day

A sample schedule is shown below. The days are fully packed to allow optimum use of time.